NCU users have access to all subscribed content within Westlaw Campus Research. Any document selected that falls outside our subscription will be marked Out of Plan.

In Westlaw, you can conduct searches in natural language or by using Boolean terms and connectors.

These are the rules that govern the procedures of conduct of business in the courts. The rules include time limitations, allowable pleadings, and grounds for appeal. Each jurisdiction has its method for enacting court rules.

To search for statutes by keyword searching from the Westlaw home page, using natural language or Boolean searching: 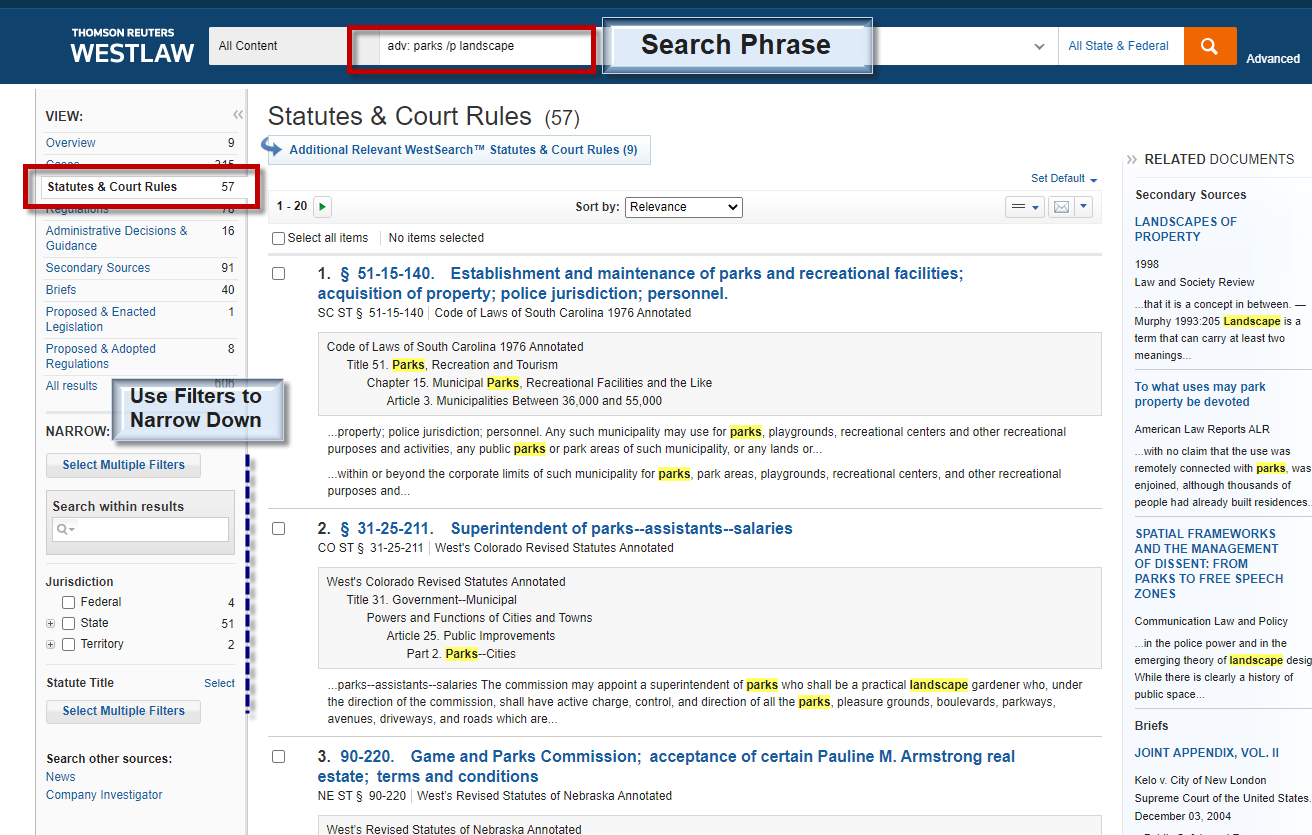 To search for statutes and court rules from the Statutes & Court Rules content page, click on the link for the content page from the Westlaw home page. Follow the steps above to conduct the search. Use the filters on the left panel of the search results to narrow down according to jurisdiction or by searching within the results. 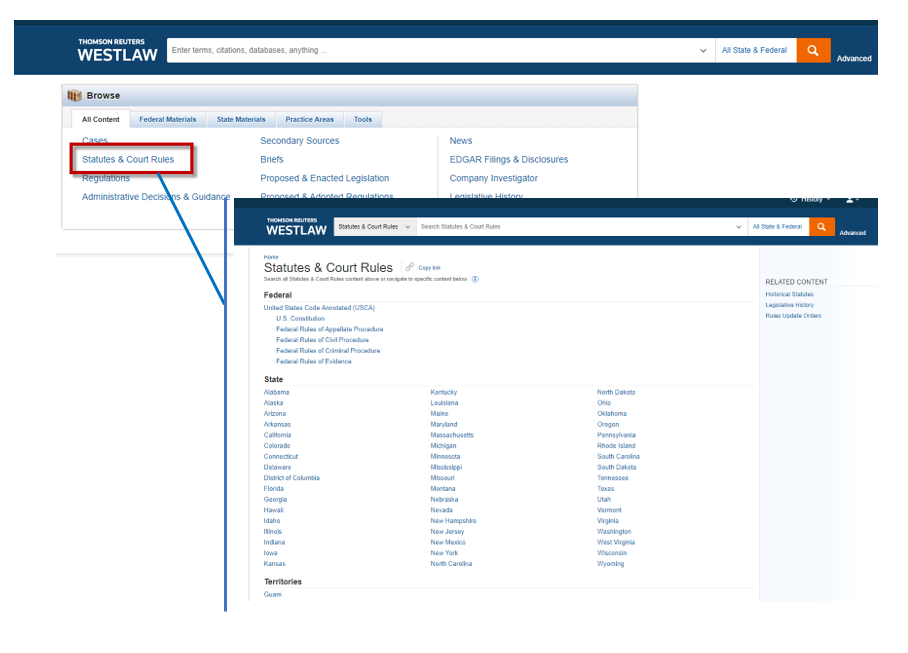 It is possible to browse statutes within each jurisdiction. Clicking on the Statutes & Court Rules link directs you to the content page for federal and state statute and court rule resources.

The Table of Contents service allows you to browse statutes, view a statute in the context of the statutes surrounding it, and quickly review and retrieve related sections.

These Table of Contents are searchable and provide additional tools and resources. 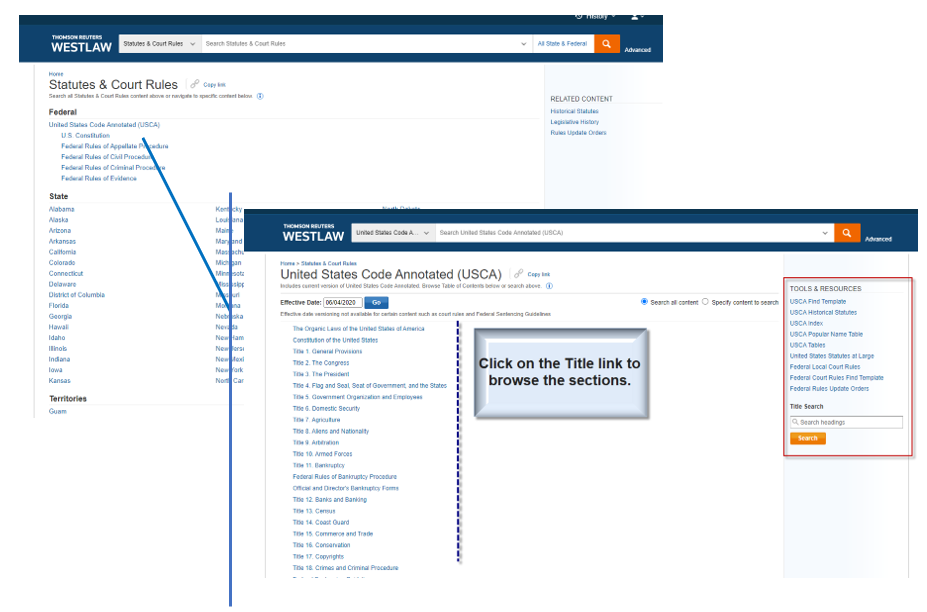