Starting with computing this value by hand, we can again use a formula. As before, there are several different formulas that can be used. Here is just one example:

In order to complete this computation, you must also know how to compute each sum of squares (deviations from the mean), which can be a time-consuming process, especially with larger data sets. As with the other types of effect size, technology can come to the rescue here. 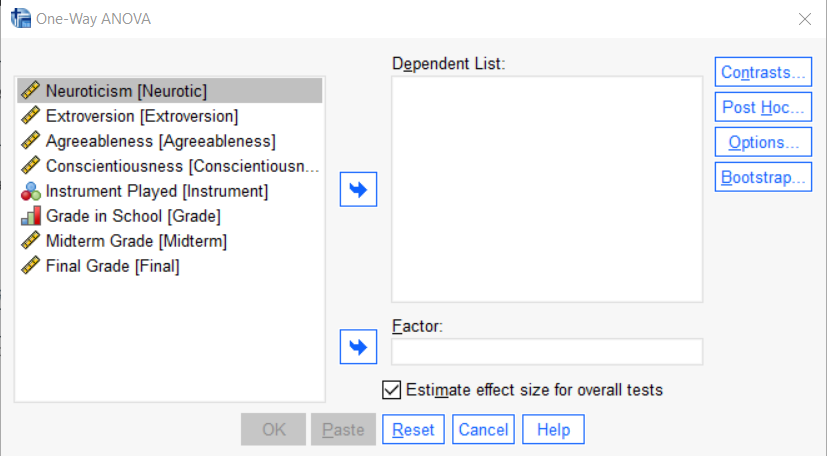 Here is what you will see in the output:

2) Univariate (located under the "Options" menu) 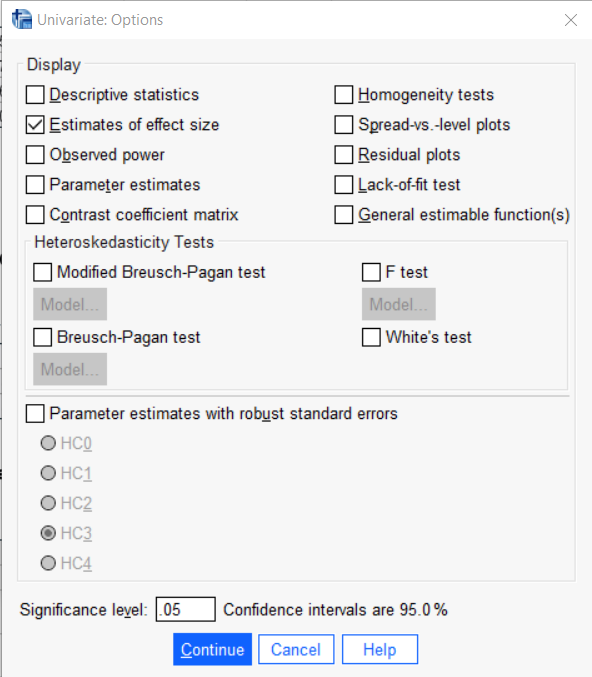 Here is what's included in the output:

3) Multivariate (located under the "Options" menu) 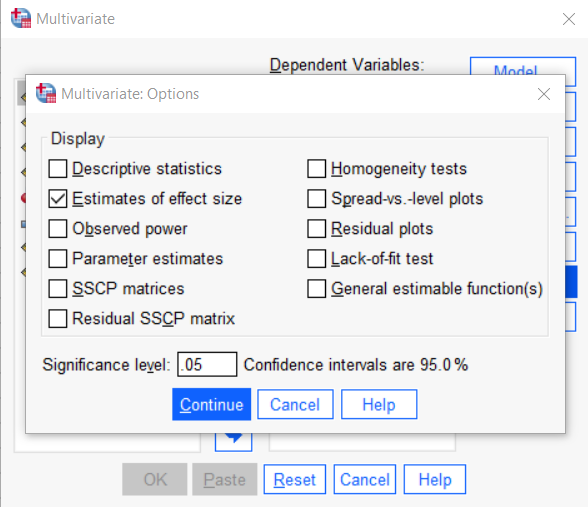 Here's how it will appear in the output: 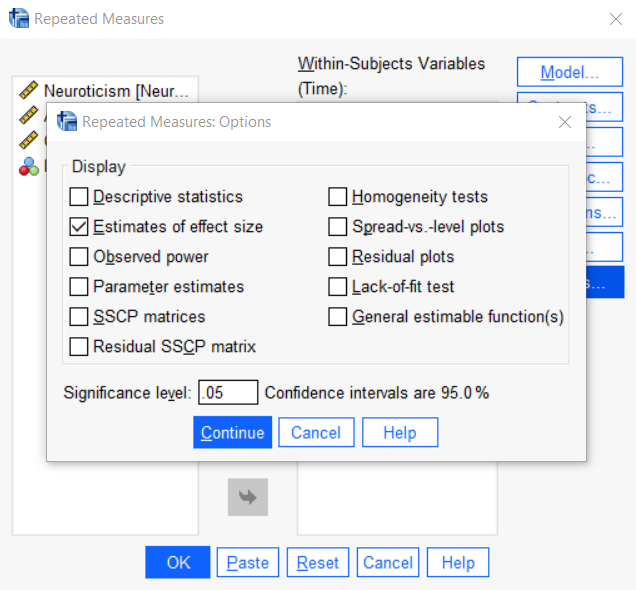 Here is how it will appear in the output:

If no guidelines are provided, you can follow this:

You'll want to review the guidelines provided in your course materials to confirm as there are differing opinions on the thresholds for each effect level.

**For additional assistance with computing and interpreting the effect size for your analysis, attend the SPSS: ANOVA/MANOVA group session**