A z-score tells us the number of standard deviations a value is from the mean of a given distribution.

If we know the mean and standard deviation for a distribution, we can find the location of any value on that distribution by converting it to a z-score using the following formula: 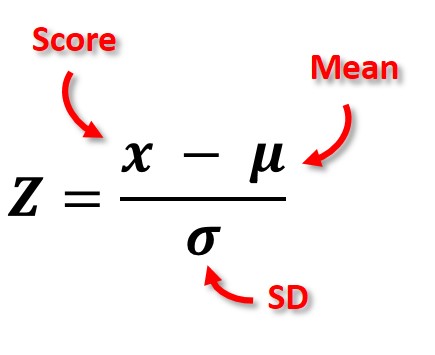 IQs are normally distributed with a mean of 110 and a standard deviation of 15. What is the z-score associated with an IQ of 95?