While there are many different types of variables, this guide will focus on the main two discussed in quantitative research: independent and dependent variables.

Note: correlational research does not identify independent and dependent variables as the analysis is not dependent on the direction of the relationship. 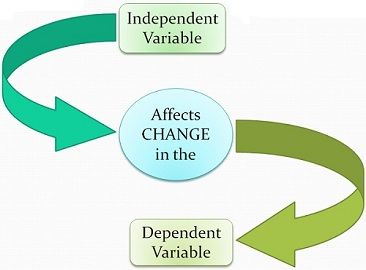 Is there a difference in IQ based on gender?

Do higher dosages of the medication lead to improved blood sugar regulation?

Tips to Think About

Tip 3: Keep in mind even if you do find a statistical relationship between two variables, that does not automatically mean one caused the other. This idea is a core principle in statistics: correlation does not equal causation. Only carefully controlled experiments can be used to draw causal conclusions.